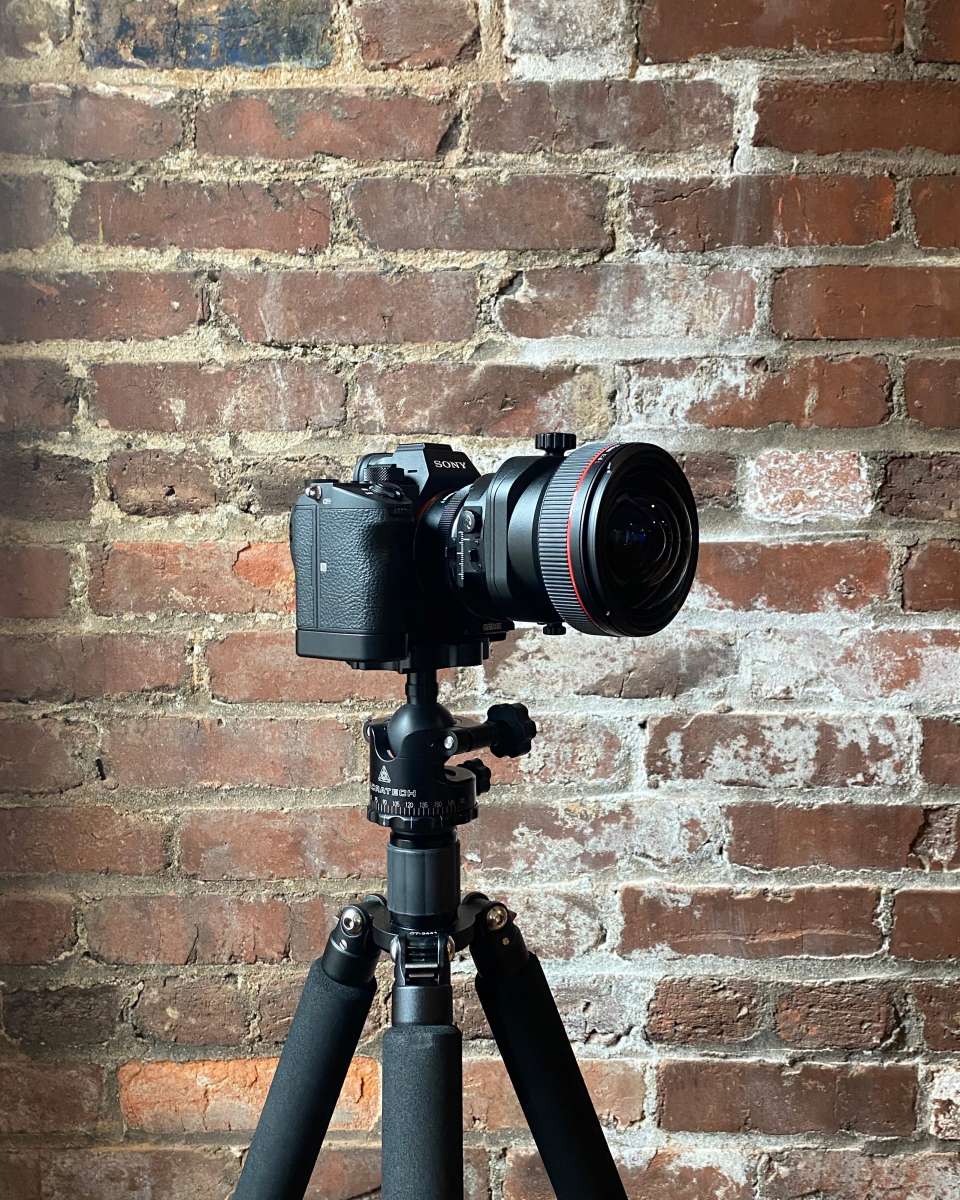 I'm the founder of FOTOFORM. As a photographer, I'm mainly interested in architecture, the built environment, and the relationship between people, structures, and the landscape.

My main camera/lens combo is a Sony A7R III with a Canon TS-E 17mm f/4L coupled via a Metabones adapter. I primarily shoot this set up handheld.

I have a background shooting film, including 4x5 with a view camera [Ebony 45s], so the lens controls are pretty natural to me. The ability to correct converging verticals is really necessary at such a wide focal length. 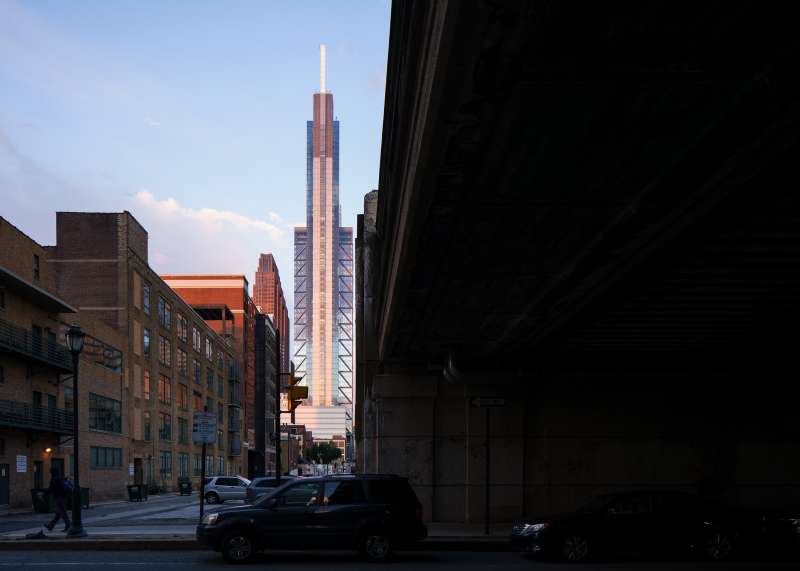 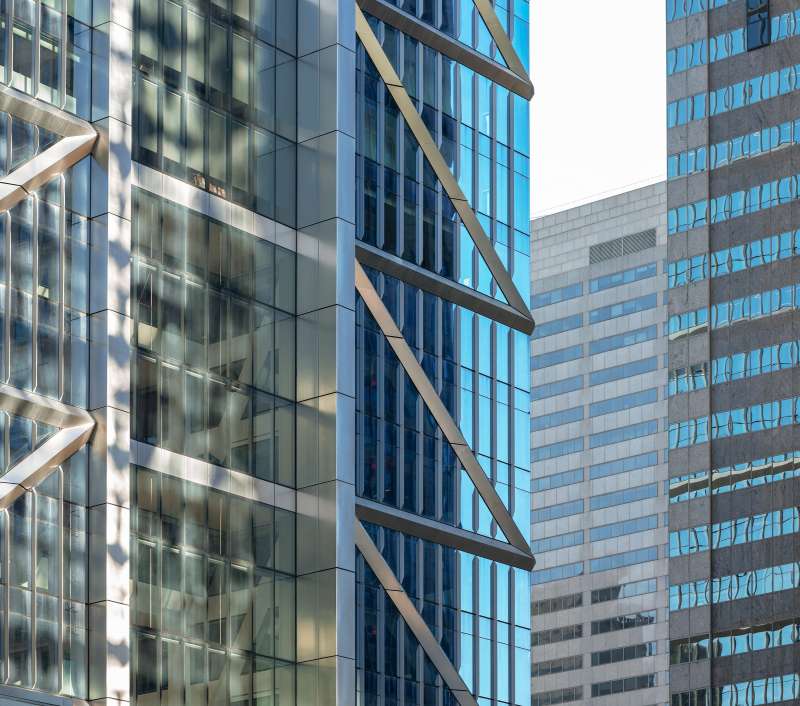 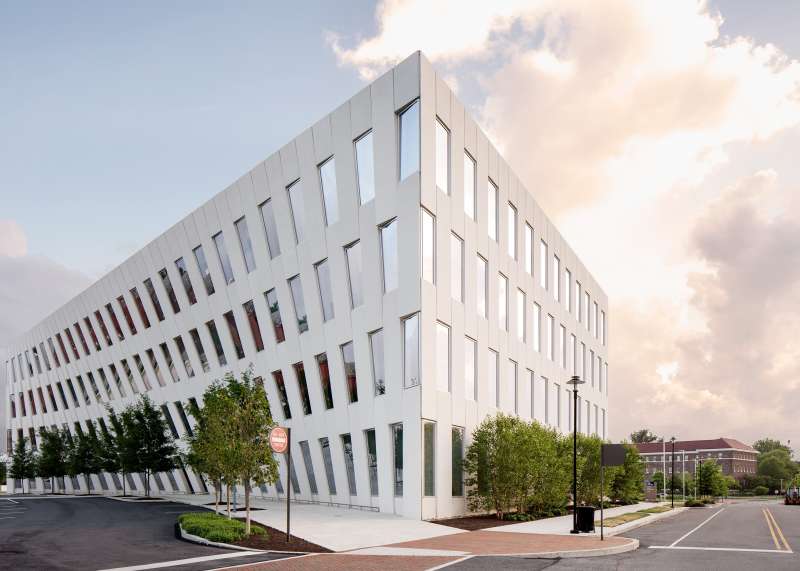 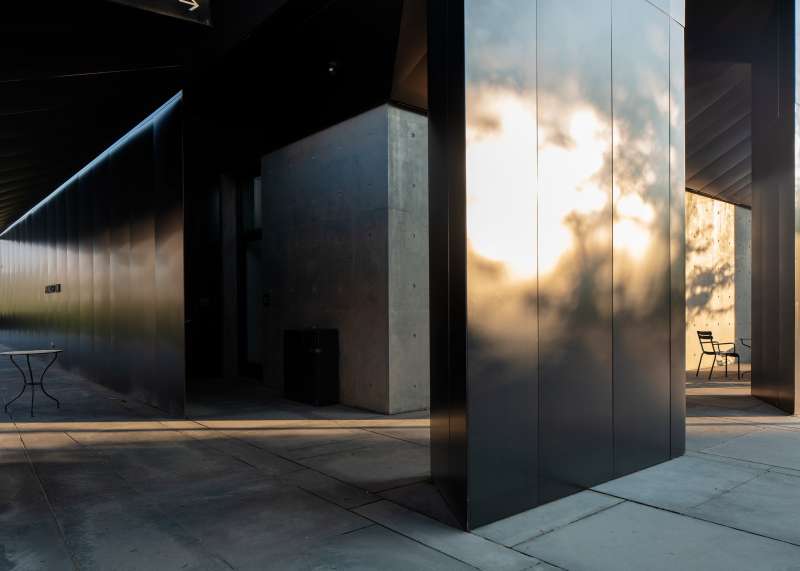 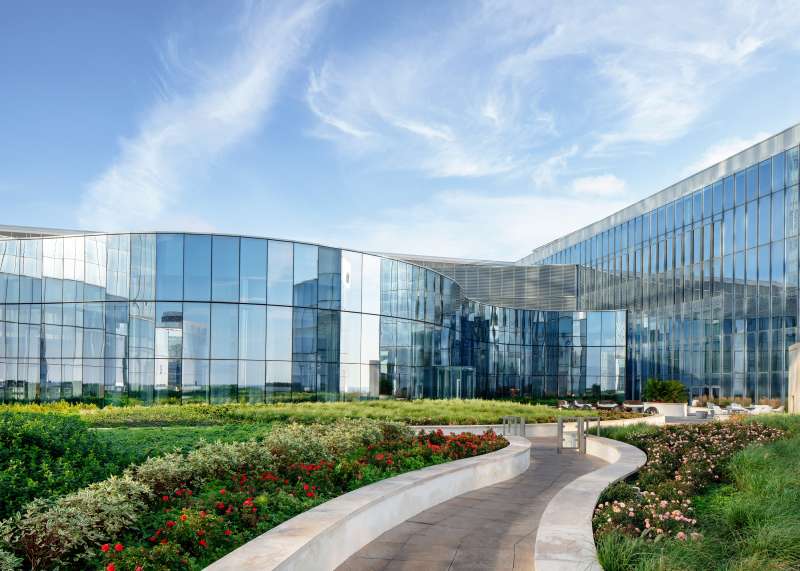 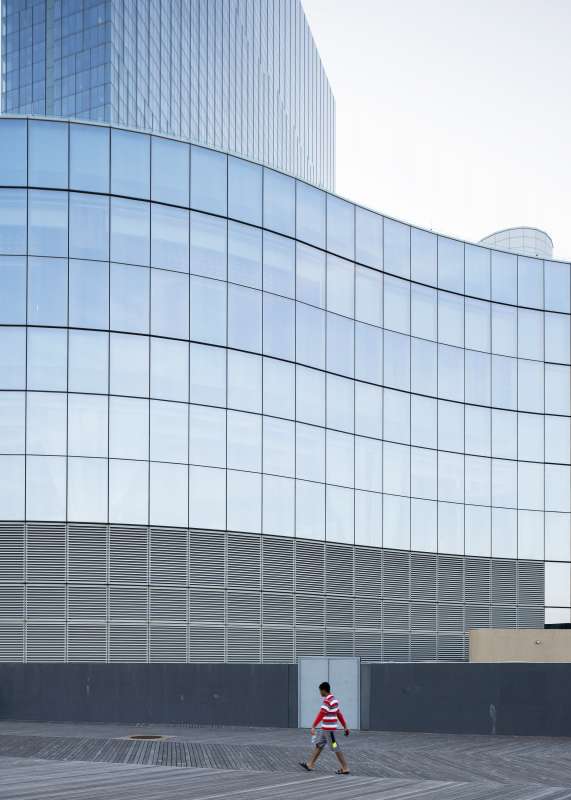 Elements of a Kit /
Frank Phillips

I love this camera. I've been shooting Sony mirrorless since the A7R. Previously I shot film, including medium format and 4x5. The A7R was the first camera where I felt the resolution and image quality justified switching to digital.

The A7R III was a great upgrade, partly because of the increased resolution of 42MP, but also because of the internal 5-axis steady shot. This feature, coupled with outstanding low-light performance, made it possible for me to shoot well into dusk without using a tripod. 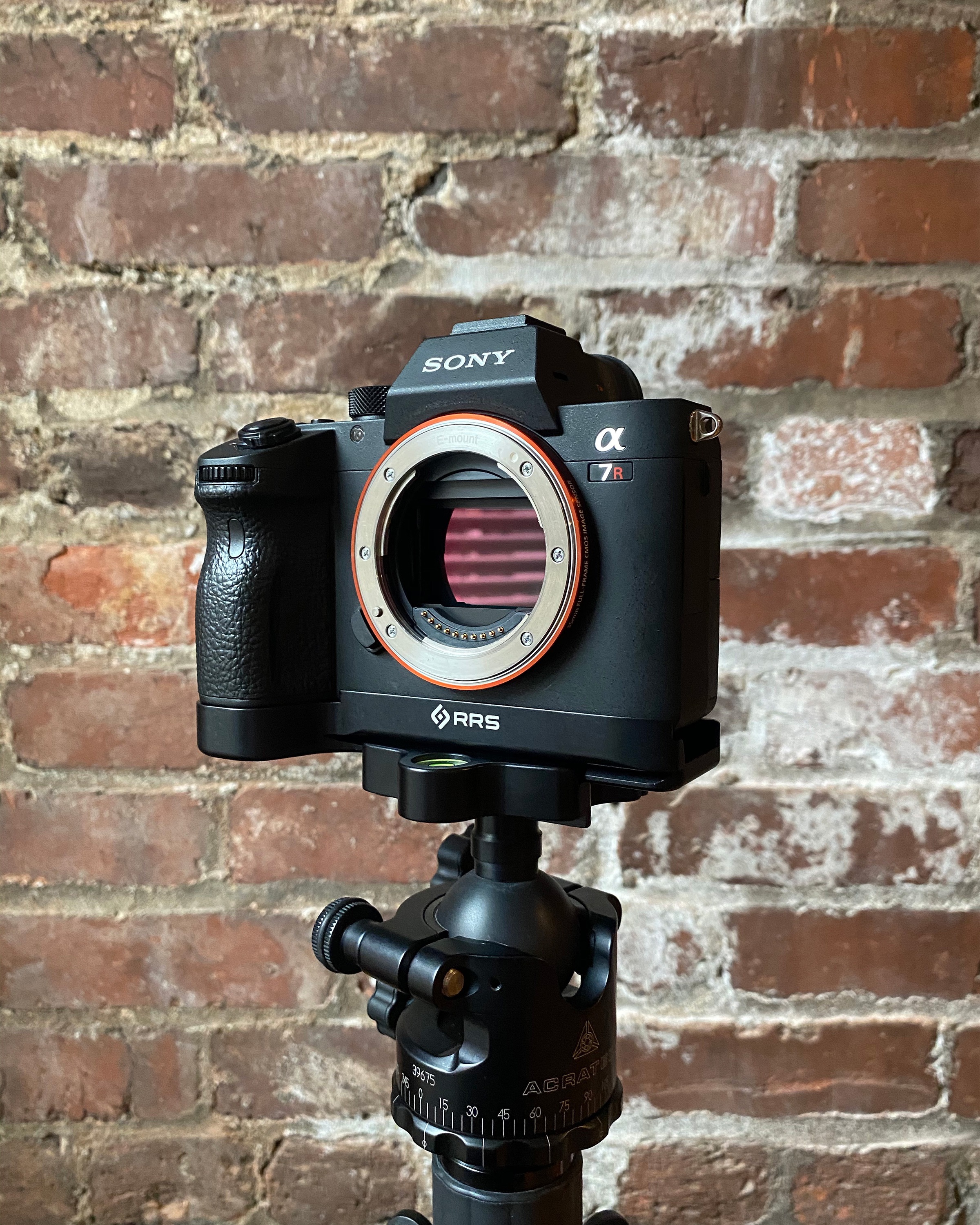 This is my primary lens. It's the perfect lens for architecture photography. The wide view lets you get close enough to large structures to fit them into your frame without having to include a bunch of distracting junk in the foreground.

The tilt/shift controls (I primarly use the shift) are buttery smooth and can be controlled handheld with some practice. The lens itself is clinically sharp on the A7R III within the center range.

The only downside is you're going to get slightly soft corners if you push the shift to the extremes, but that's to be expected. I find I usually don't need the full range unless I'm shooting supertall structures. 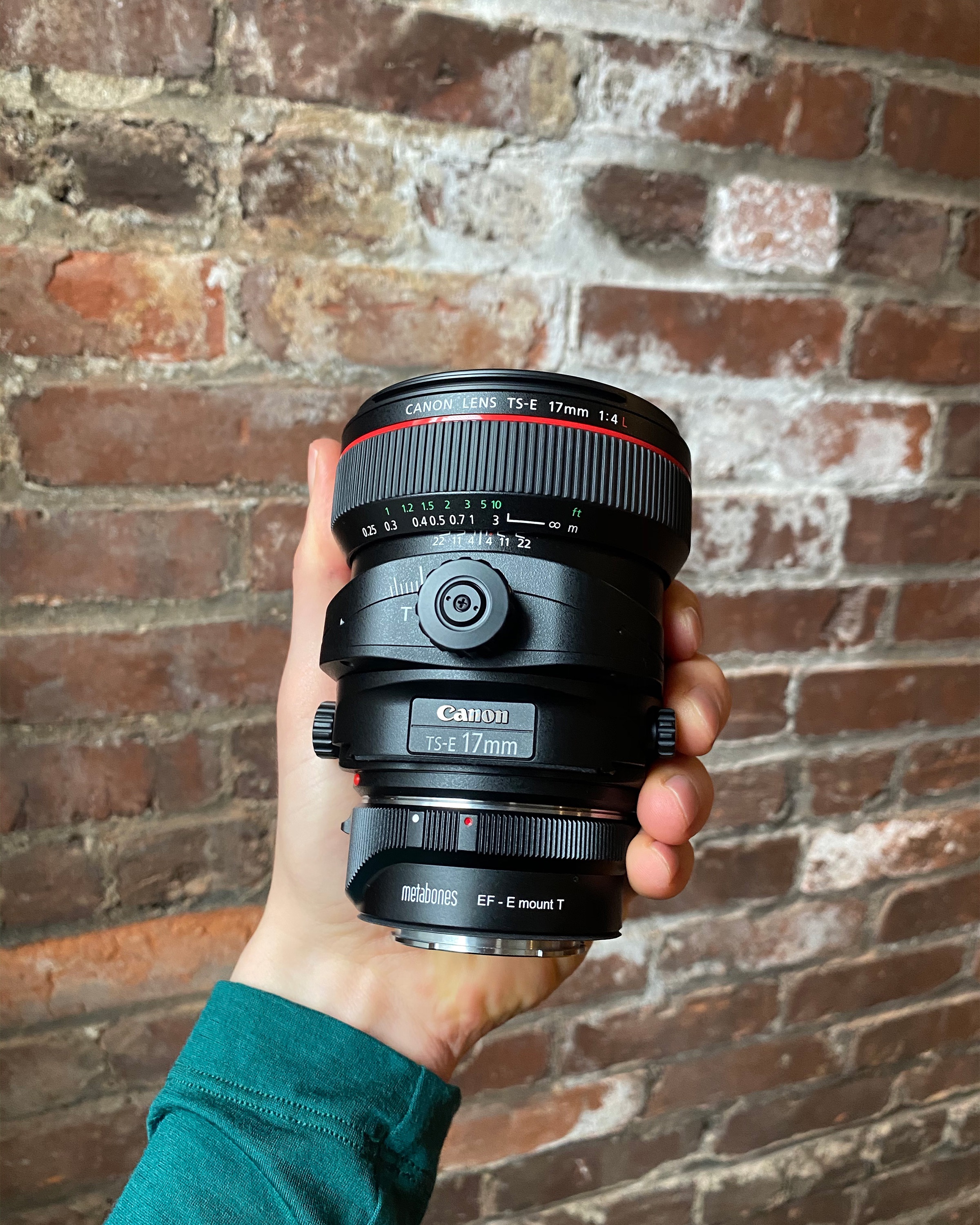 One of my favorite things about mirrorless cameras is the ability to adapt almost any lens to them. Of course, that requires an adapter. I'm use the Matabones EF/EF-S Smart Adapter. This is nice for two reasons:

This is a solid adapter, but in all honesty, it's definitely the weak point in my kit. The build quality is just not on par with my camera or lens. So I carry a back up at all times. 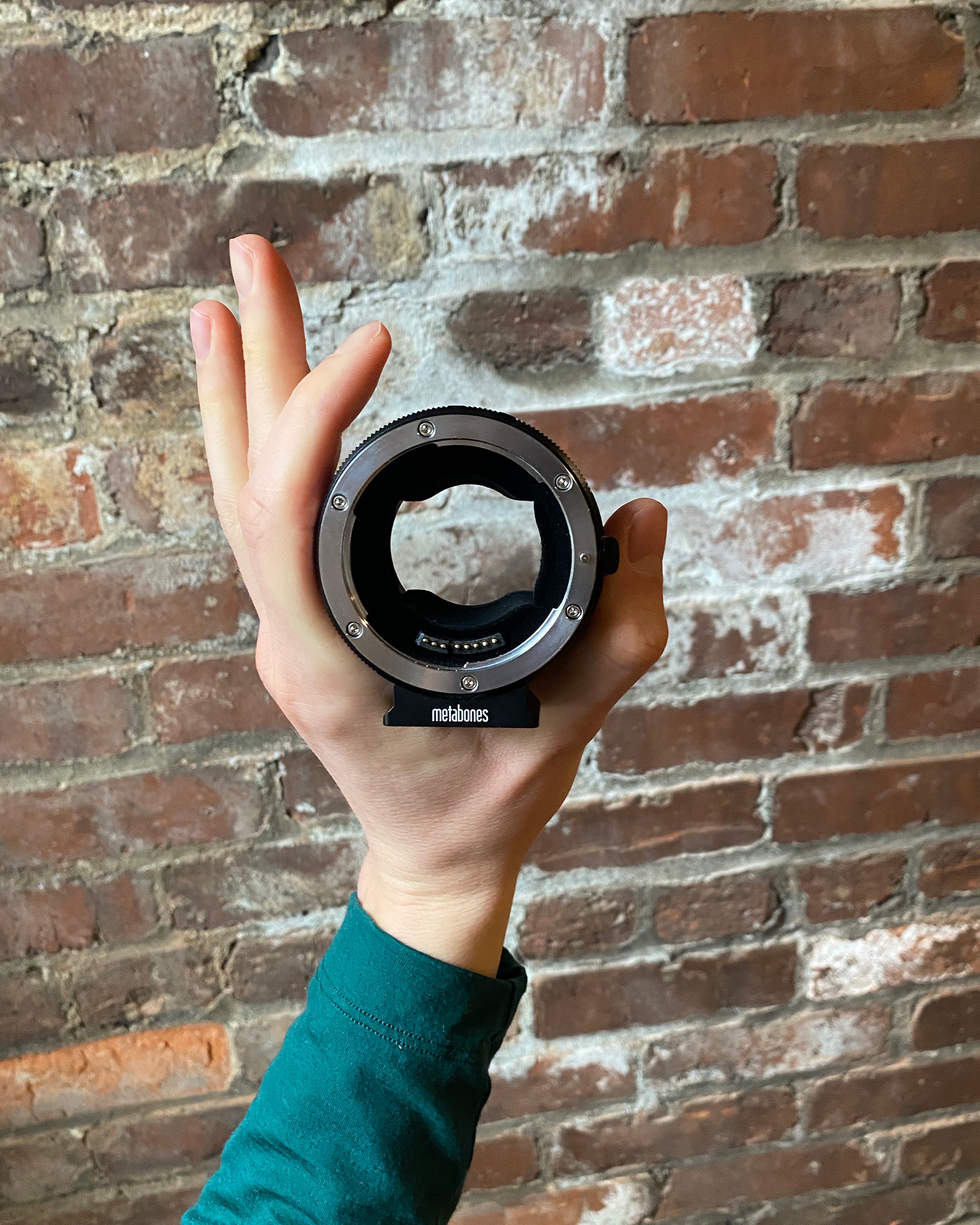 My grail EDC, finally acquired. I seriously lusted over the Nomin for years before finally pulling the trigger. I find it's just the right size to carry my main gear (I use a padded insert from f-stop) and laptop. The dual compart design provides a nice way to separate heavy tech, which I put in the main compartment, from things like snacks, keys, accessories which goes in the front. The straps are incredible. 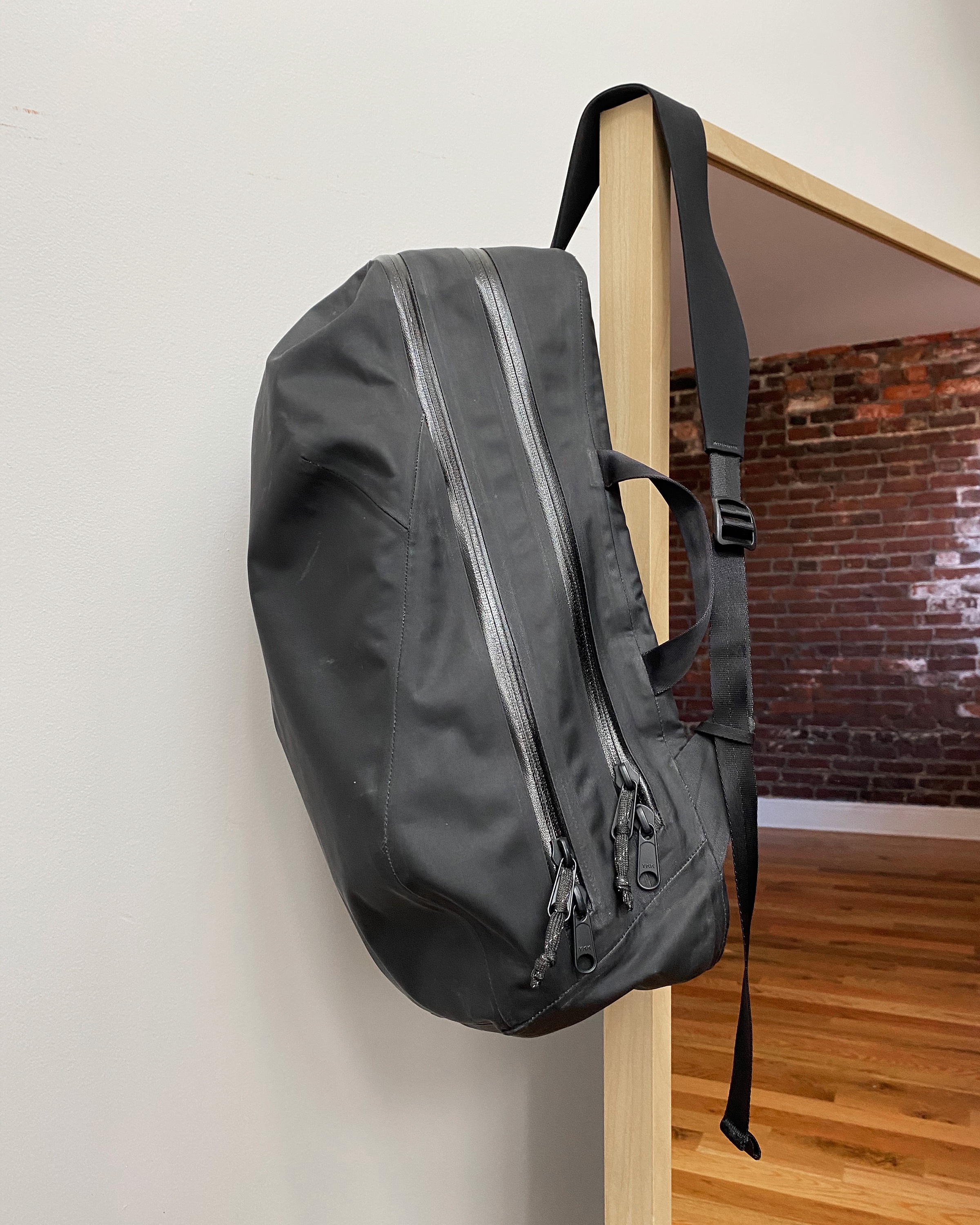 Acratech is making the best ball heads in my opinion. The combination of size and strength is incredible. The ball function is so precise and smooth. Since I avoid shooting a tripod at all cost, its important to me that my tripod set up is small and light. The Nomad weighs almost nothing and takes up very little space without compromising on strength. 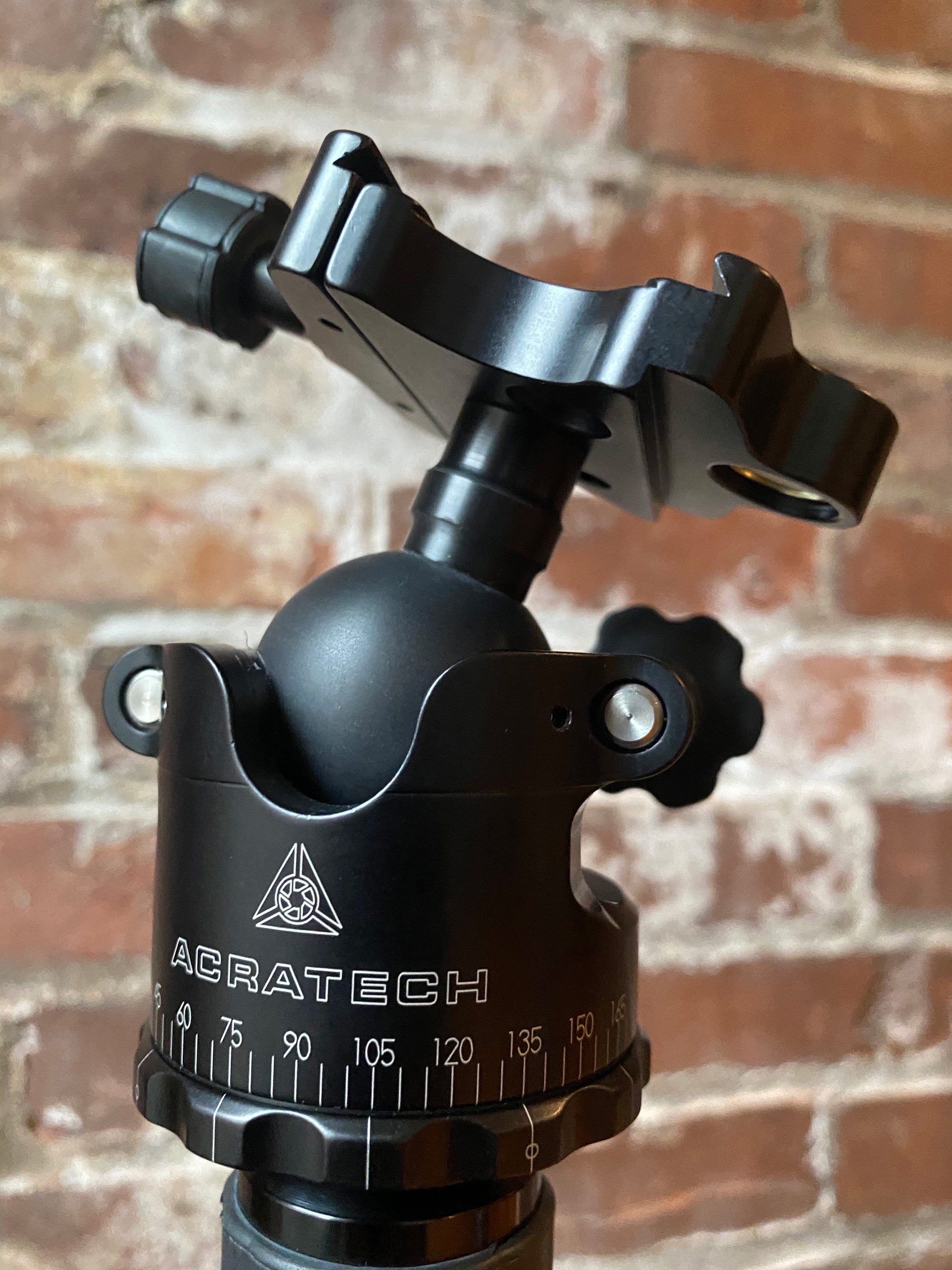 Back in my film days I was shooting a 4x5 on a Gitzo 3540-XLS. That was a great tripod, but it weighed a lot. Switching to the Feisol was a revelation. It is so light compared to any previous set up I've ever used. It's also incredibly sturdy given it's compact size and low weight. The extra height is necessary for me to as I'm over 6' tall. 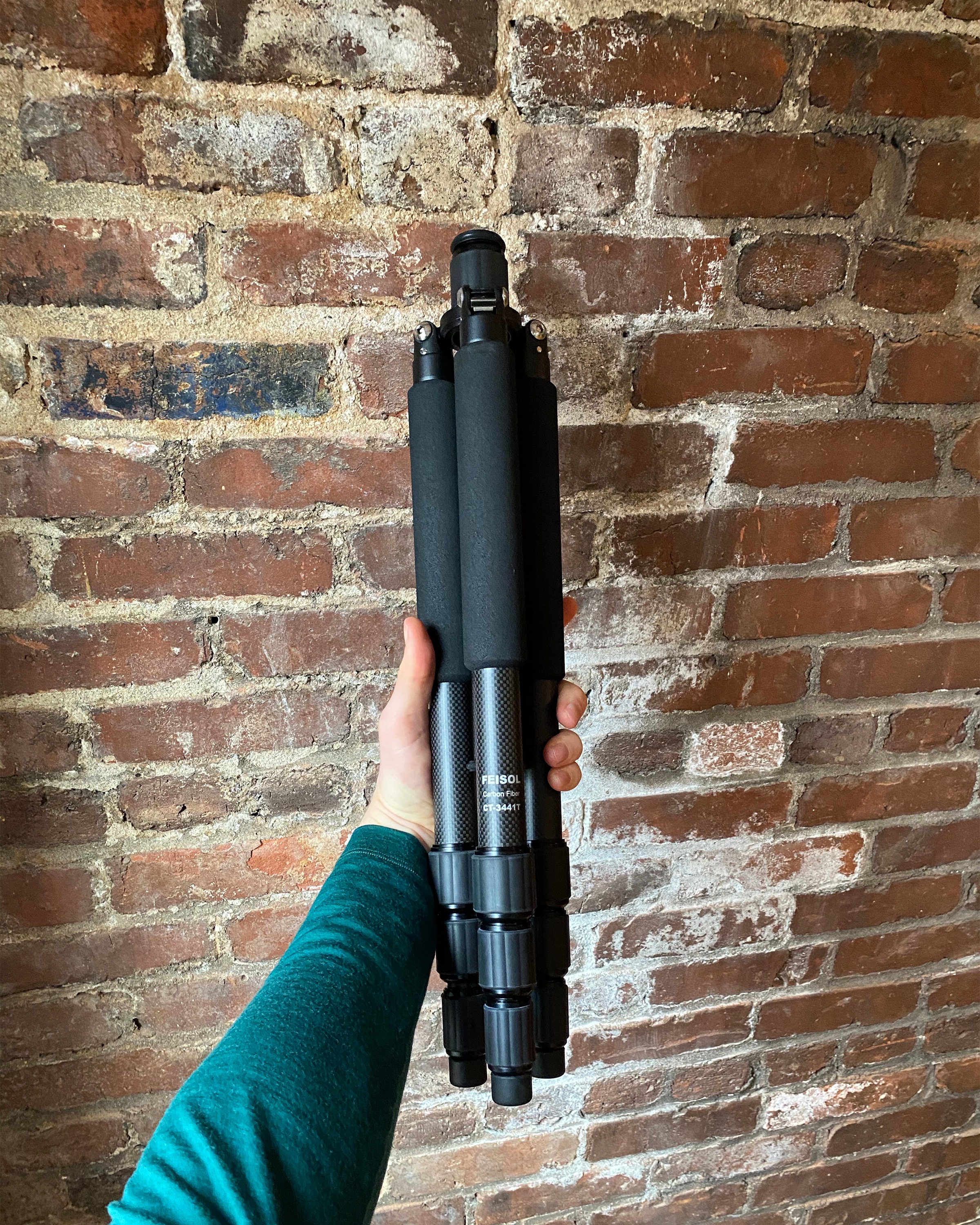 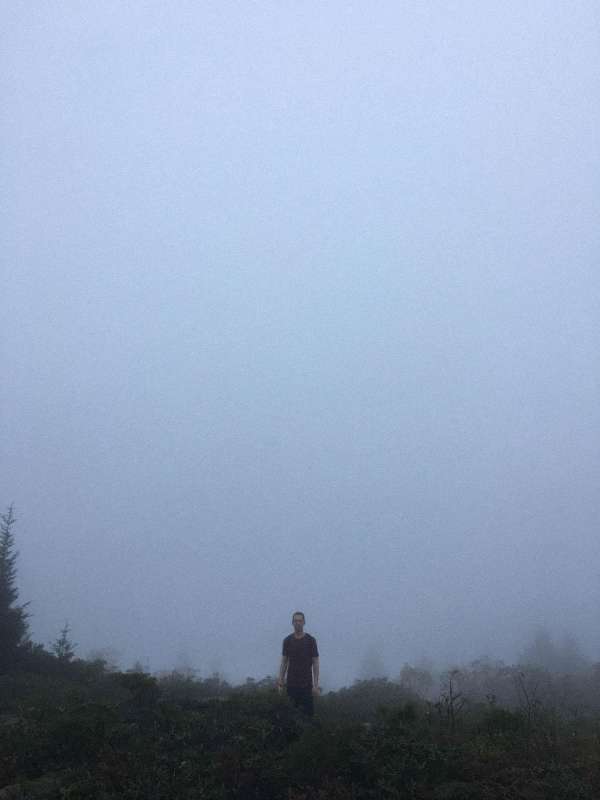 I'm the founder of Fotoform. As a photographer, I'm mainly interested in architecture, the built environment, and the relationship between people, structures, and the landscape. In my free time I enjoy hiking, code, and watermelons.