Share
When I saw hundreds of parakeets swarming the sky, I was struck by fear. I felt as if I’d walked into the Alfred Hitchcock film The Birds.

Every morning, flocks of several parakeets each would fly to the elm tree near my home in Tokyo’s Setagaya ward. I watched these flocks arrive daily. Eventually, more and more flocks showed until finally, this strange scene of hundreds of parakeets appeared.

The parakeets had overly bright, lime green wings. These tropical birds were incongruous with the Tokyo environment and I found their appearance disturbing.

I did some research and found out that these parakeets were brought to Japan in the 1960s and 1970s from tropical regions in India and Sri Lanka to be sold as pets. They had since gone wild and made Tokyo their home. Today, they’ve multiplied to thousands.

Shocked by my encounter of the parakeets, I chased them for about a year afterwards. They broke up into groups and flew back to their respective nests. I discovered that the biggest nest was in a ginkgo tree on the Tokyo institute of Technology campus in Ookayama, Meguro. I used strobes to photograph the parakeets in the evenings, when they went home.

These parakeets aren’t supposed to exist in Tokyo, but they do. And it’s the intensely uncanny feeling I felt when I first saw the swarm, which I’ve captured in these photographs. 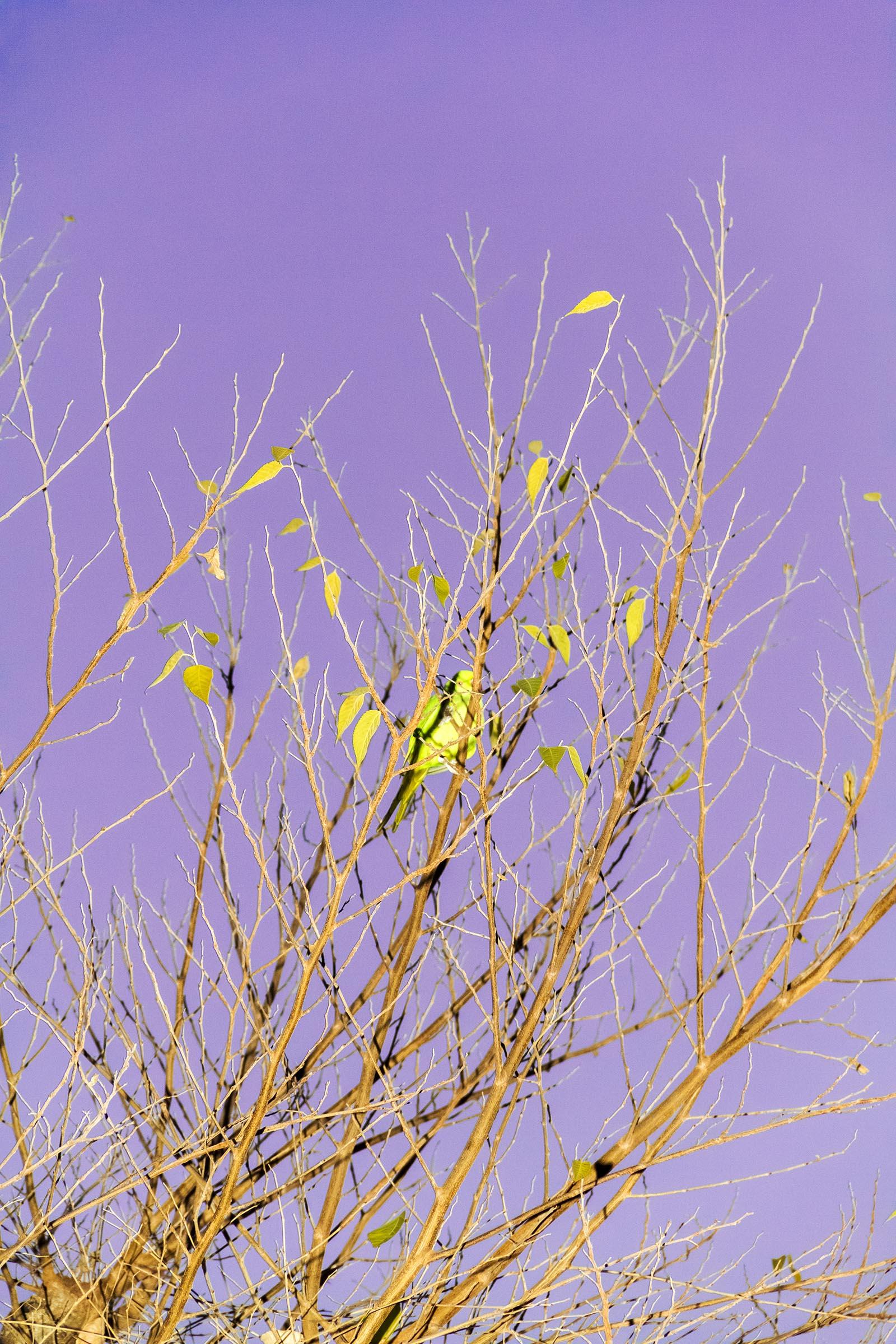 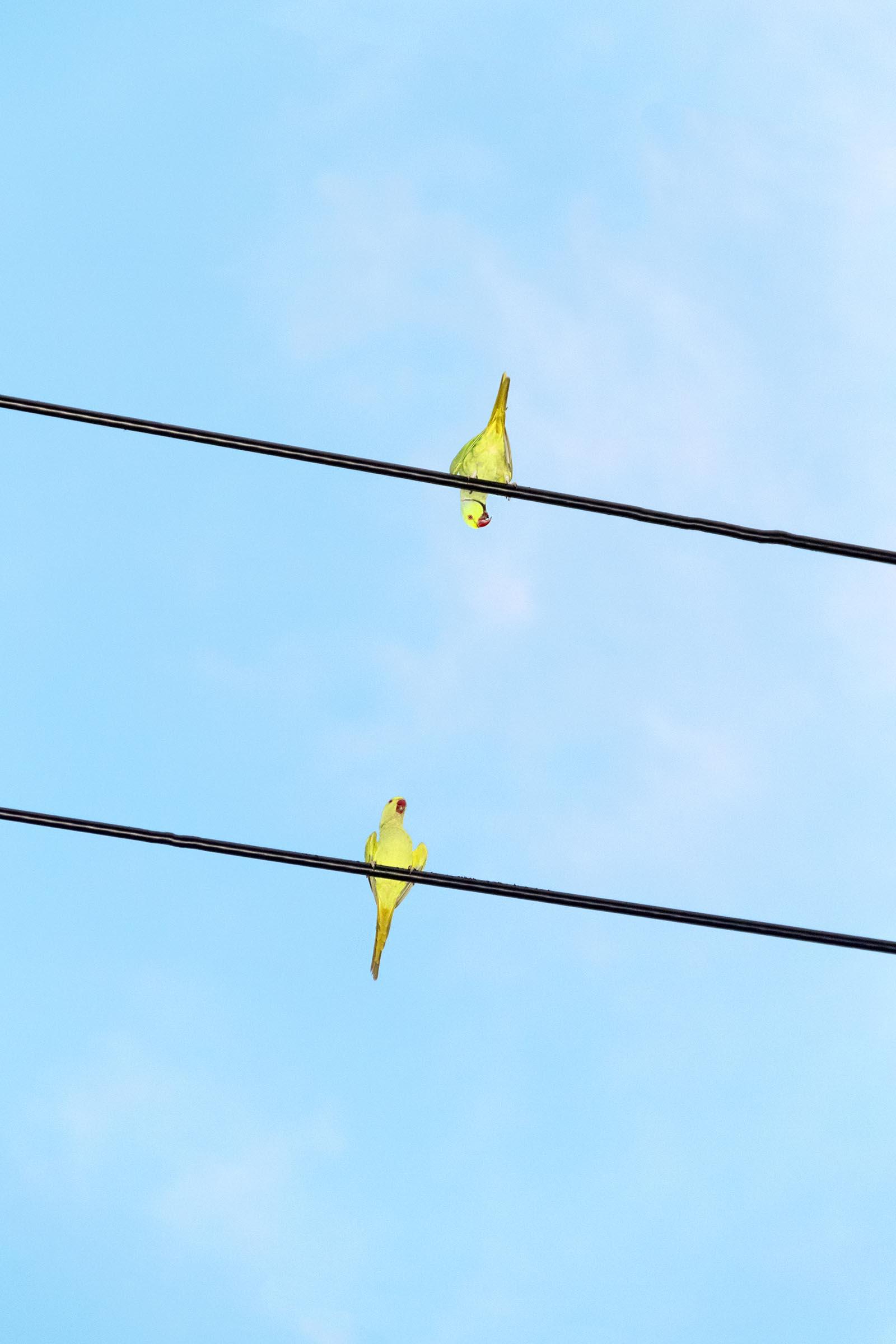 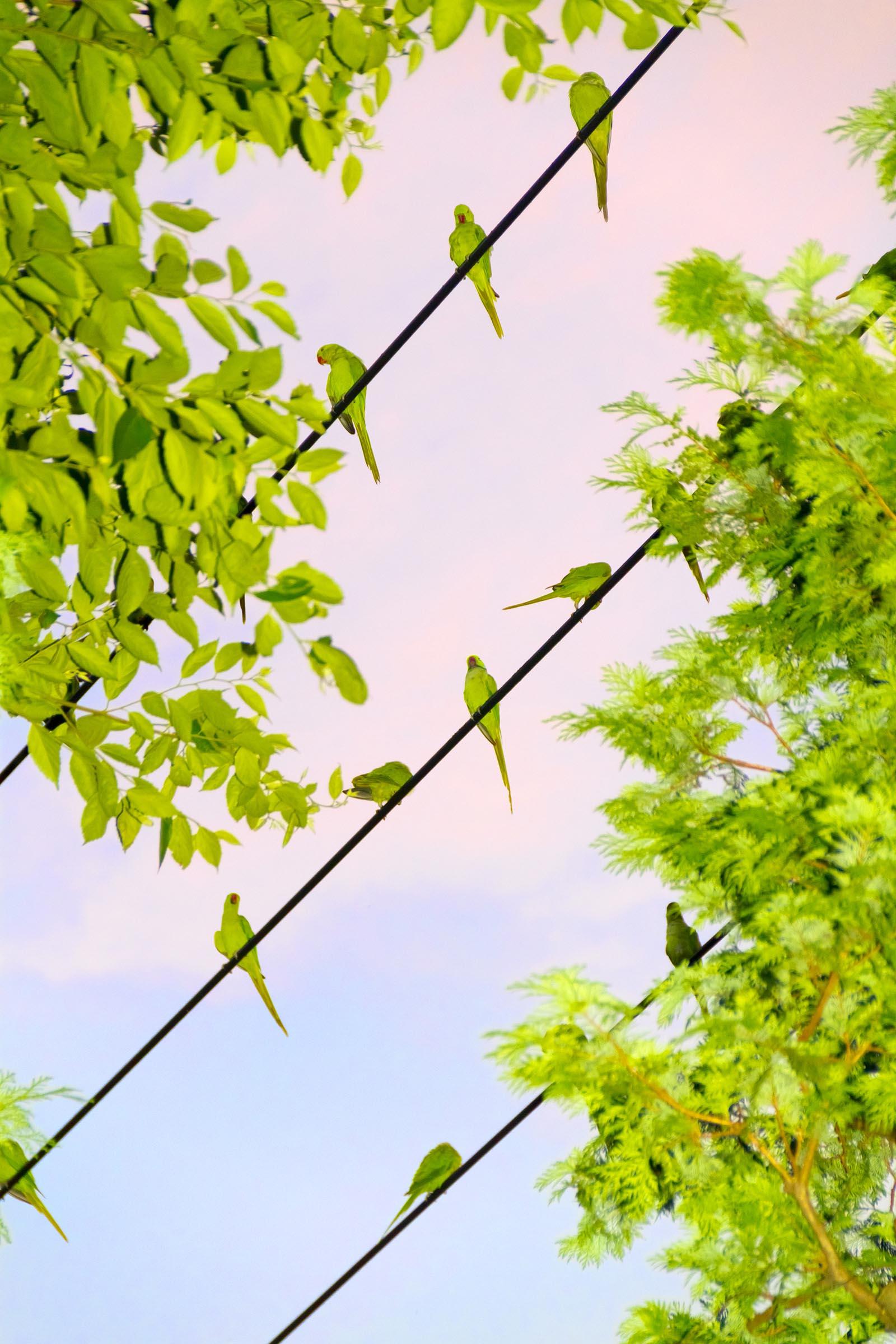 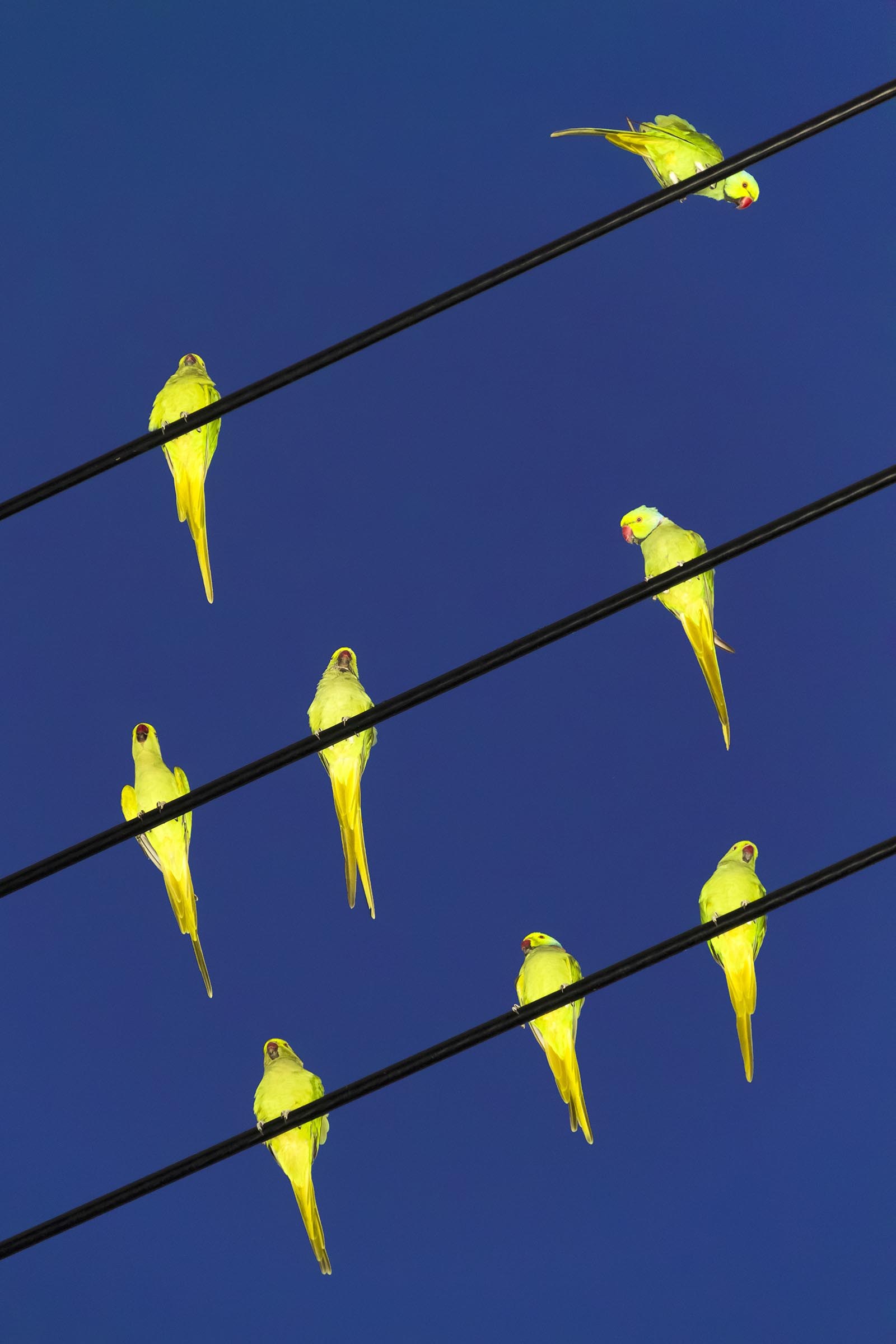 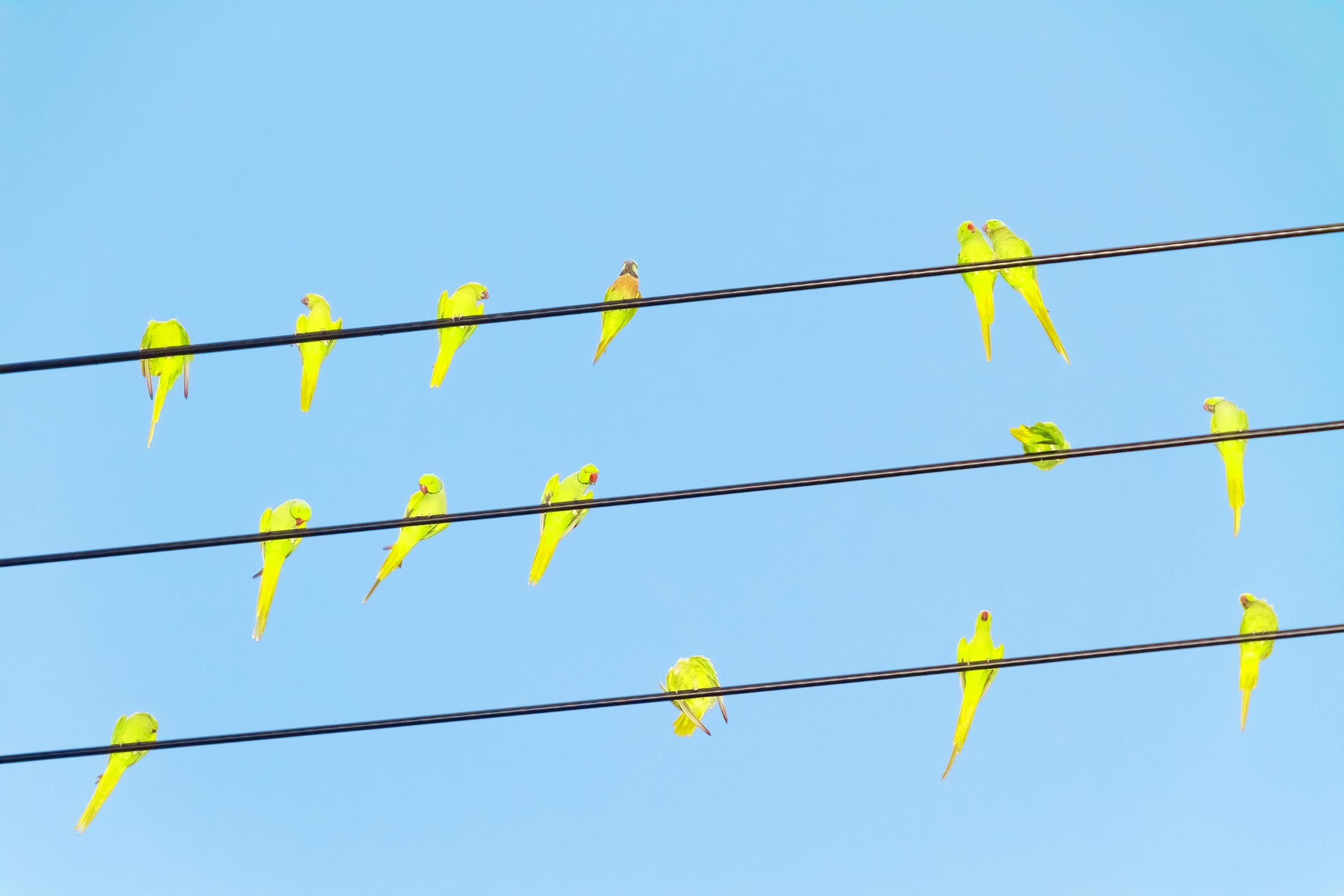 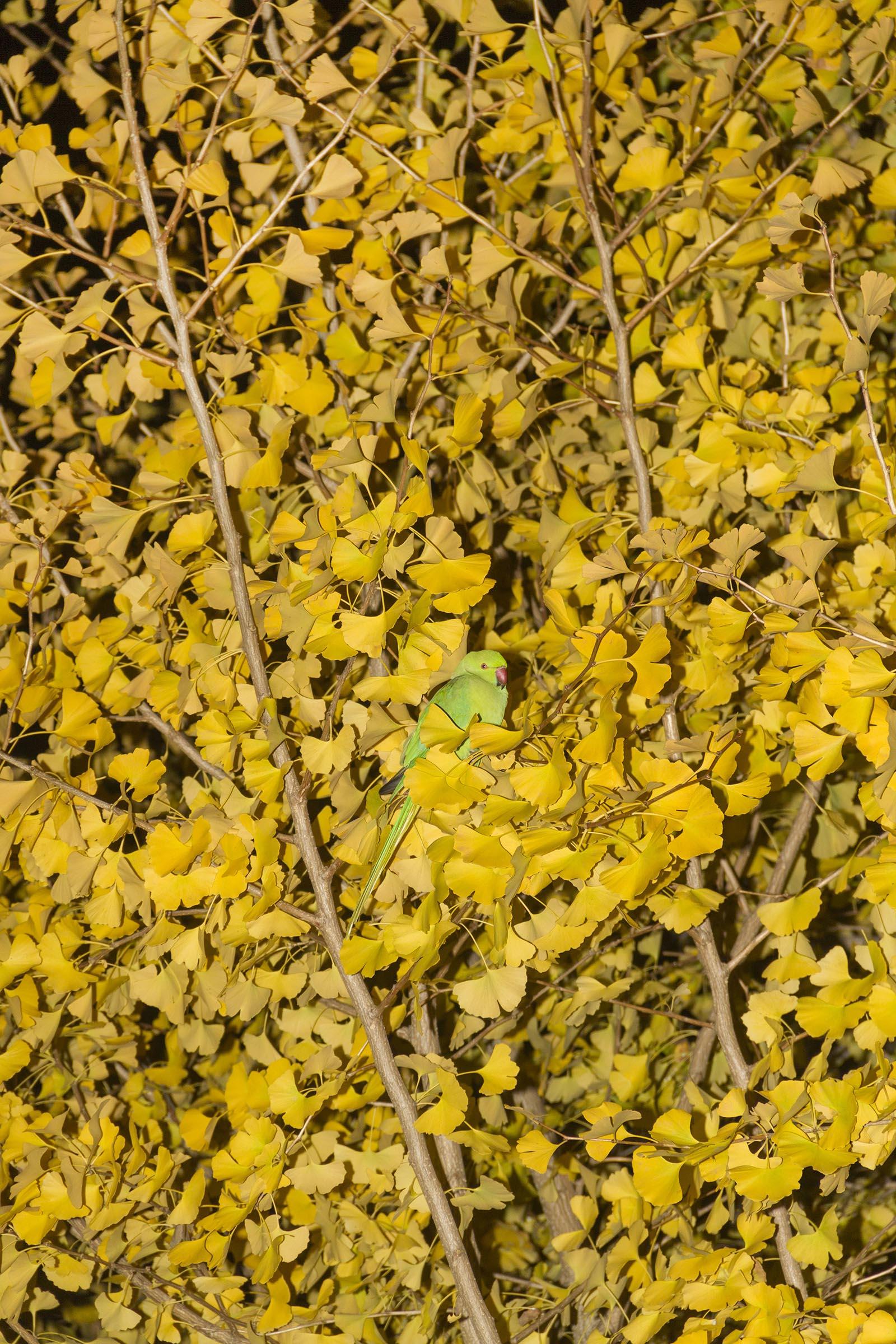 I felt as if I’d walked into the Hitchcock film The Birds.
Yoshinori Mizutani
Click To Tweet 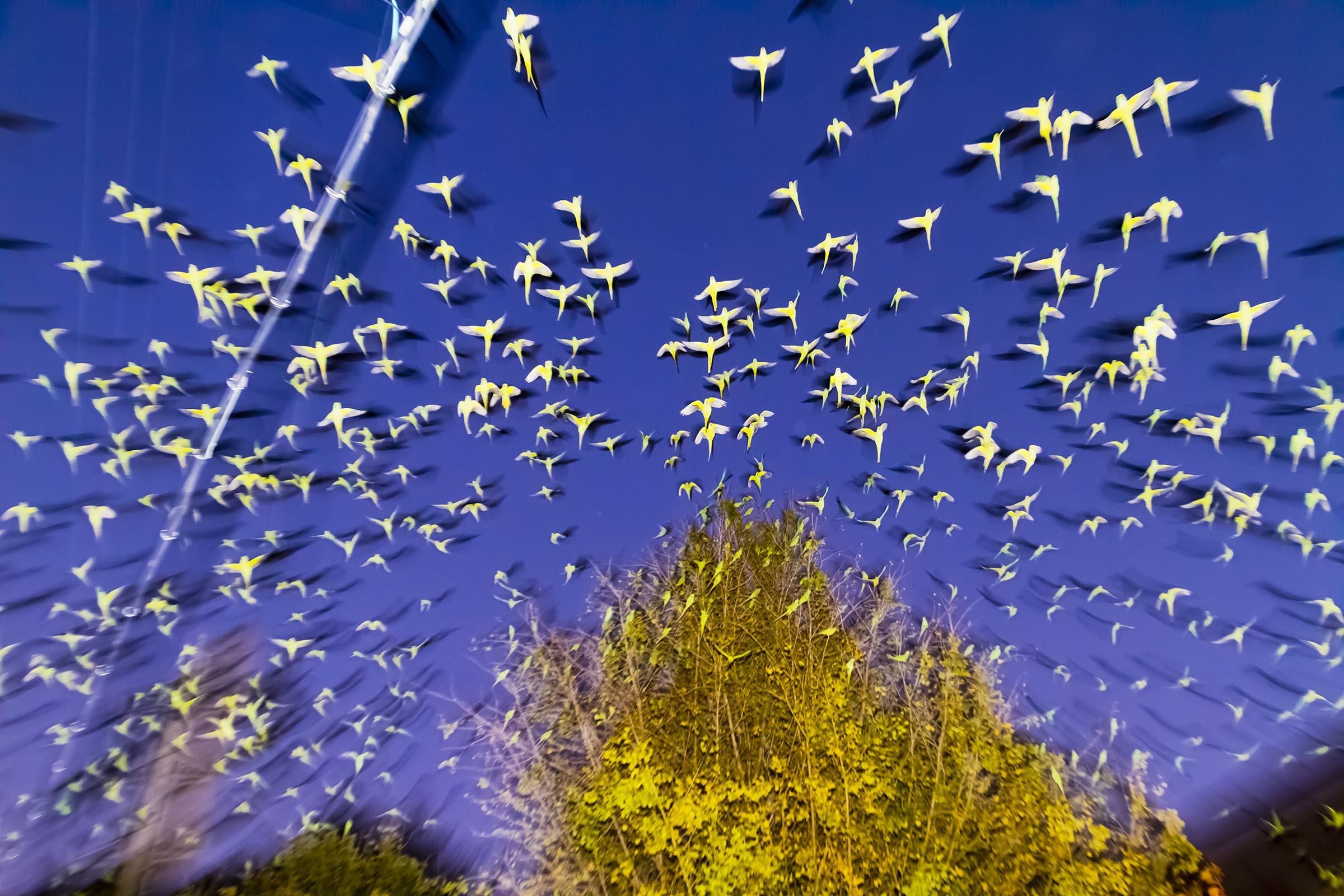 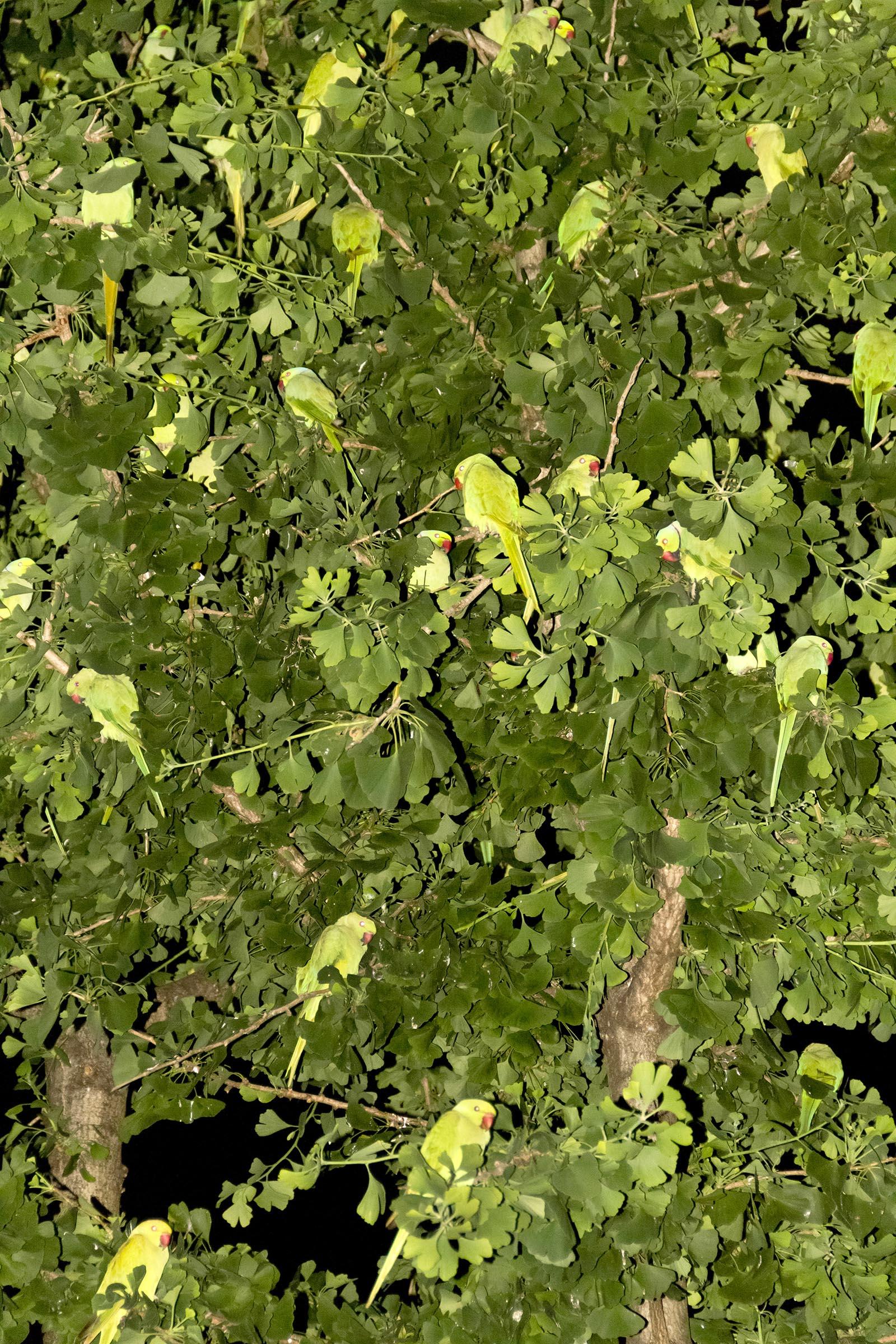 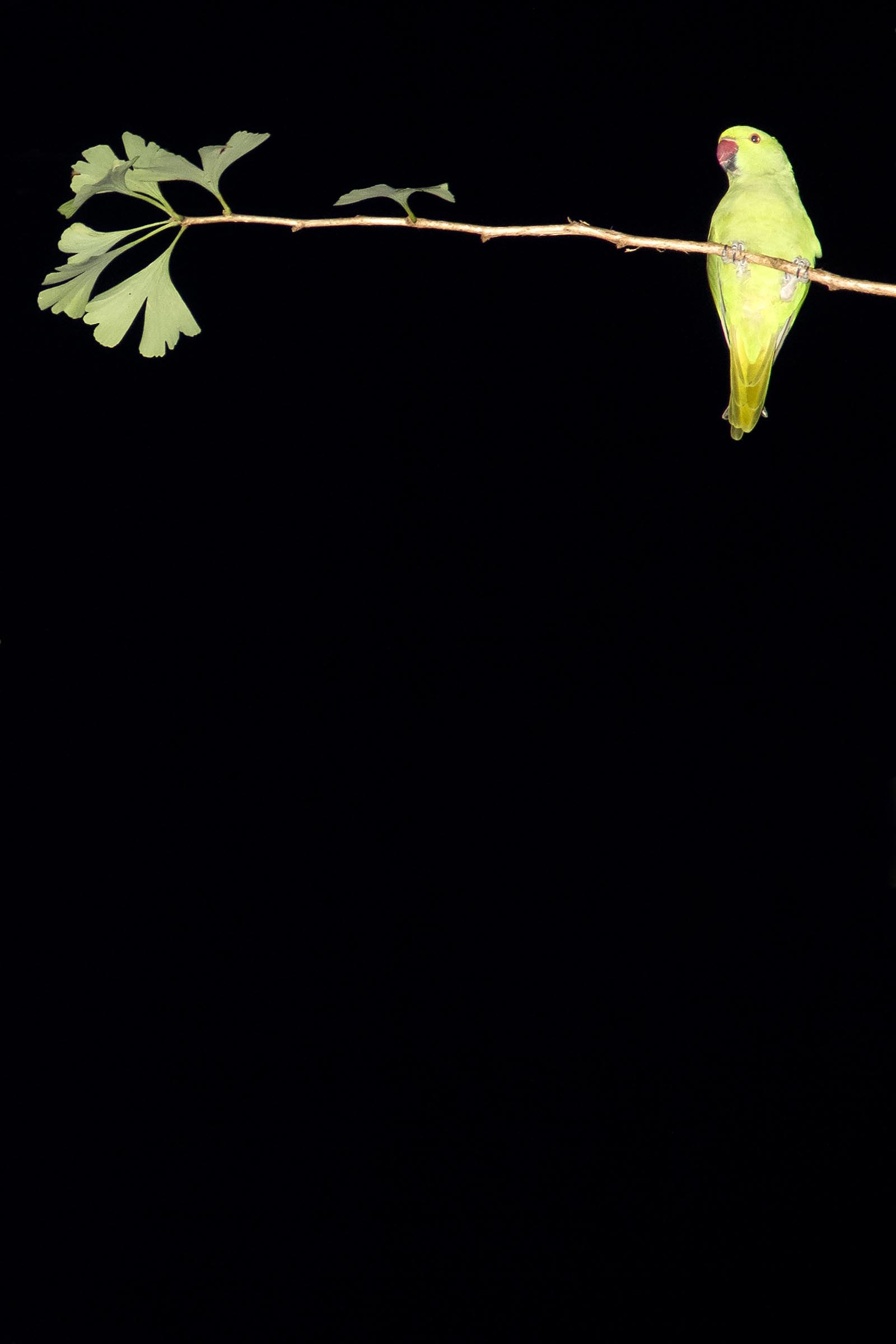 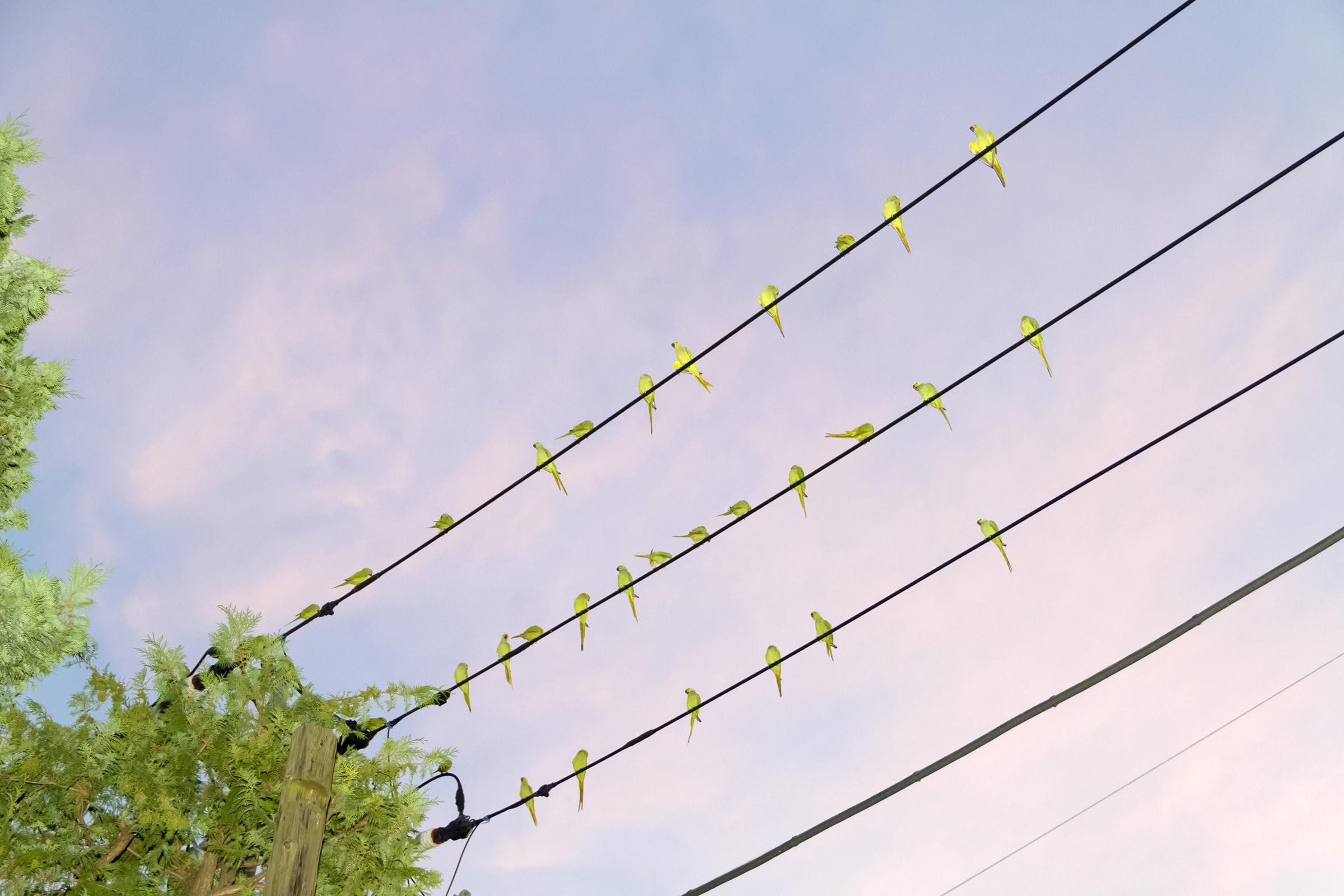 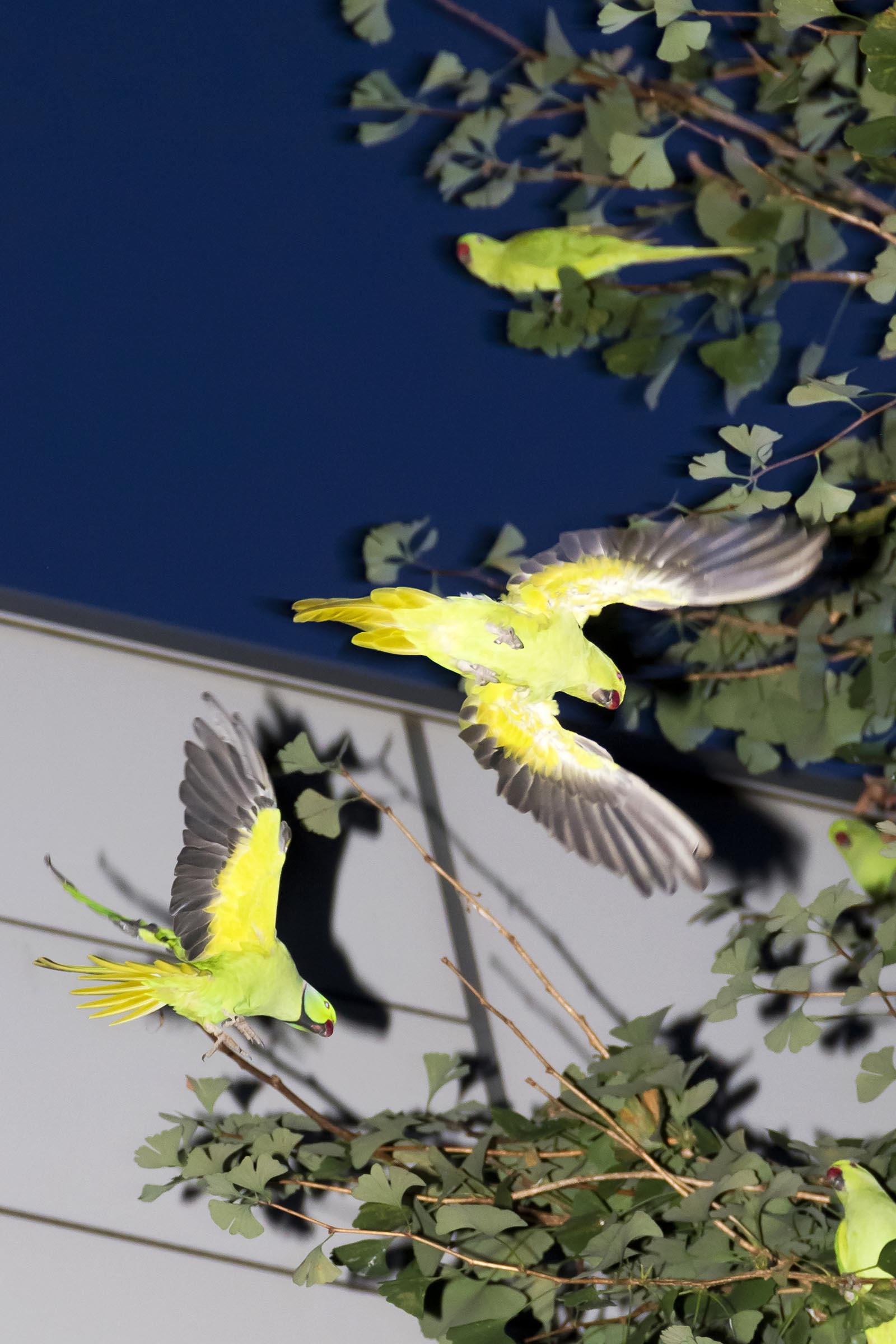 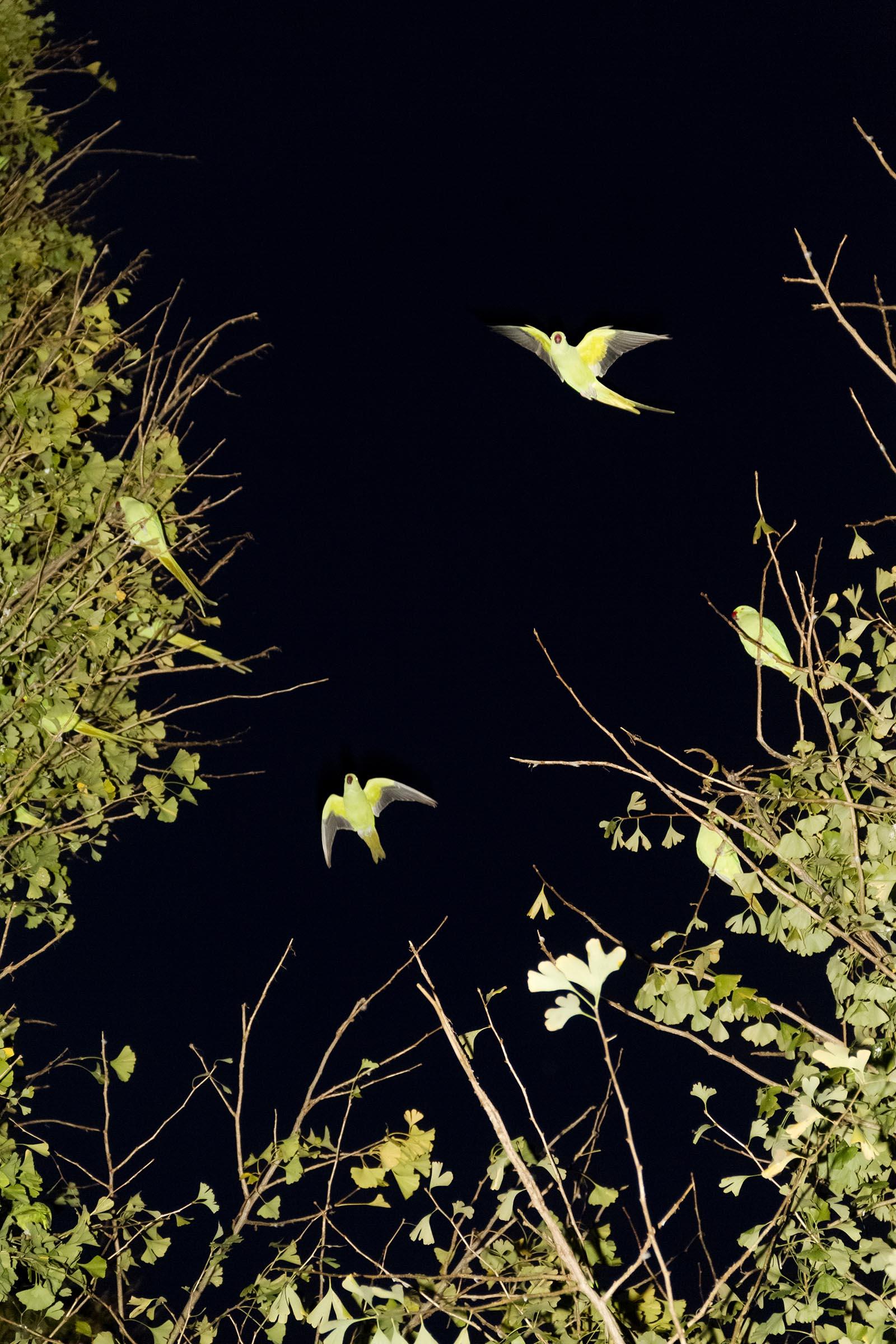 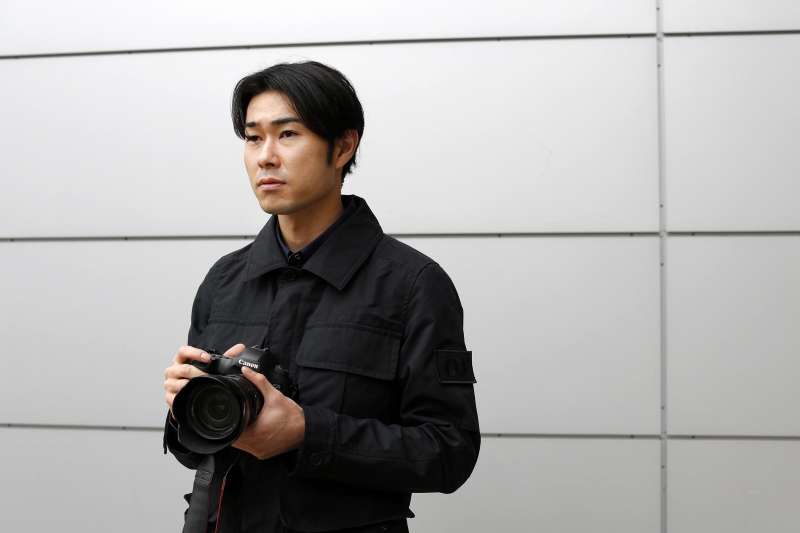 Yoshinori Mizutani lives and works in Tokyo. His work draws both on a conceptual approach and on elements of street photography. The winner in 2013 of the prestigious Japan Photo Award, then selected in 2014 as part of the Foam Talent Call, his series 'Parrots' was presented at the Biel/Bienne Festival of Photography in Switzerland in 2015. Since 2012 he has exhibited in many international institutions in Japan, China, Belgium, Great Britain, Italy and Switzerland, and has published, among other, 'Tokyo Parrots', 'Colors', and ‘Yusurika'.